ChinaVenture’s Achievement Awards provides one of the most prominent Private Equity company rankings in China. The ranking is based on CVSource, the biggest and most accurate database for the primary market. ChinaVenture analyzes the data by standard procedures, including surveys, interviews, data verification and summarization, and ranks each company by its overall score. ChinaVenture’s Achievement Awards has a history of over ten years, during which the group has dedicated itself to improving the transparency of the Private Equity sector in China and promoting the healthy development of the market. 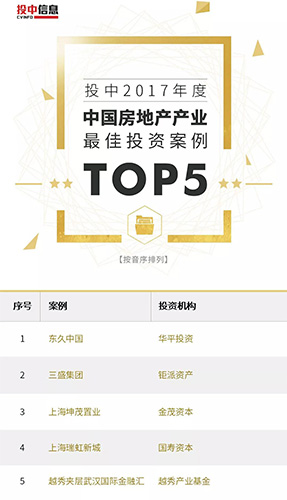